I had arranged with Yernar to interview him at the day centre, since with a newborn baby in the apartment I didn’t think there’d be much chance of getting a peaceful environment in which to record. However, on the day that we were supposed to meet, there was a problem with the InvaTaxi service he had booked, and he was unable to get to the centre. Off the cuff, I asked him if it’d be alright if I came to his place to record the interview. After consulting with his wife, he called me back and said it’d be ok if I came right over, so I threw all my equipment in a bag and rushed over to his place as quickly as I could.

I always approach a domestic situation with some trepidation, since I don’t want to seem intrusive or overstay my welcome as it were. As such, I didn’t begin shooting as soon as the door was opened, but came in and sat down, leaving my gear in the other room. Once we had chatted a little, I asked if it would be ok to start shooting some things of interest, and he told me to ask Adepa, who said it was fine as long as neither she nor the newborn appeared in the pictures. So I ran and got my camera and started…

Yernar was working at his computer and having a spot of lunch at the same time. As I was shooting, his daughter and son kept coming and interrupting him for different reasons: 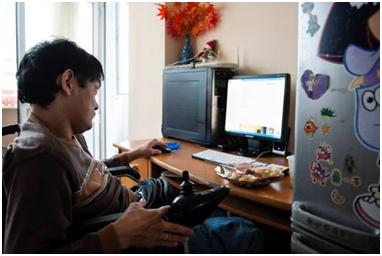 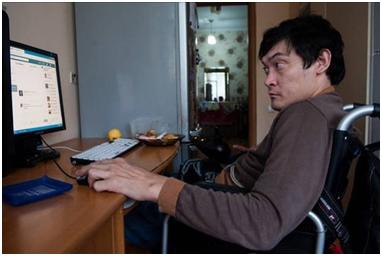 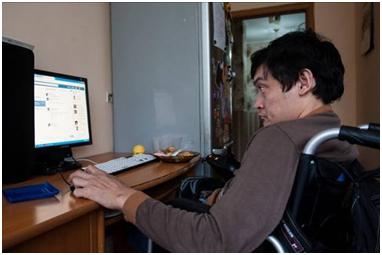 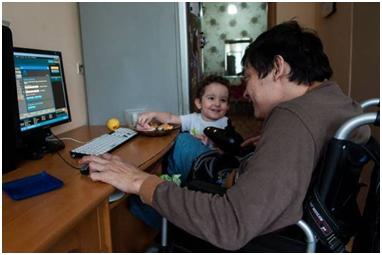 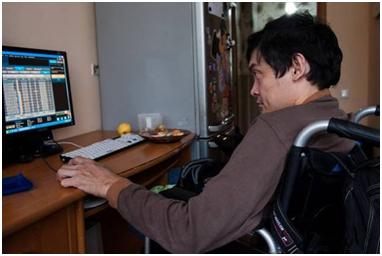 The computer is set up in the kitchen, so we could continue shooting while Adepa retired to the living room with the youngest child. 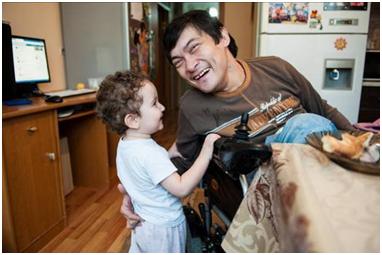 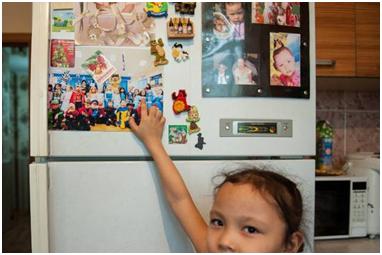 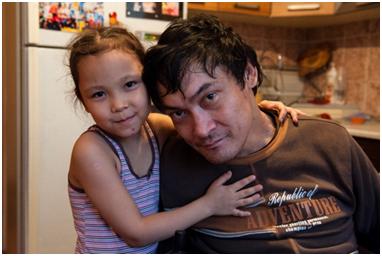 Yernar with his adorable children, who couldn’t resist getting in the photos as soon as they saw me with a camera! I took a whole bunch of portraits of Yernar’s children that I’ll give him, but since they are not going to be used in the project I didn’t post them here. 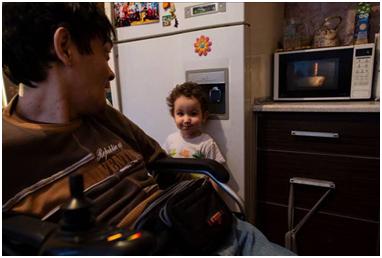 We had fun cooking sausages in the microwave! We decided to set up for the interview in the kitchen, so as not to be disturbed, so I shot off a couple of frames to see how the video would look:

I like the idea of the kitchen for two reasons. The first is that it is a real location of domesticity and shows the normalcy of Yernar’s lifestyle. There is nothing out of the ordinary here, and things like the photographs and magnets on the fridge add to the air of normalcy. The second reason is that in the Soviet Union, the kitchen was traditionally the place where people would talk about serious matters, like politics, philosophy, the arts and so on. The significance of a ‘kitchen conversation’ will not be lost on a local audience, while the lack of exotic surroundings will allow an international audience to focus on what Yernar has to say.

We recorded for about 45 minutes, and I used both video and sound recording to be sure I had a backup. In the event, I needed to re-record two of Yernar’s answers, but we managed to do that at the day centre at a later date. We spoke about his study, his profession, the importance of work, how he met Adepa and the importance of family, what he does in his free time, and we also recorded a personal message.

After we had finished, Yernar had to change Alan’s nappy, and I shot a sequence (taking care to respect Alan’s dignity by not showing any nudity) that shows how Yernar is a capable parent as well as a loving one (challenging stereotypes about sexuality). 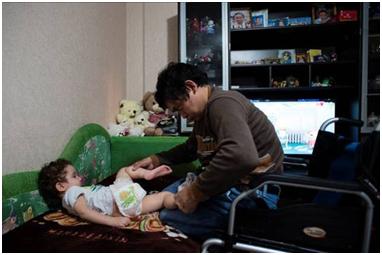 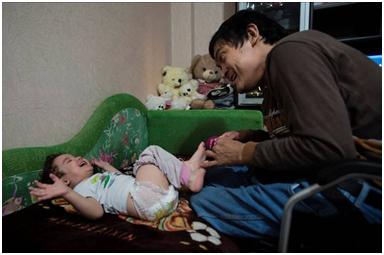 Probably the last one in the series is the best but it would need to be combined with one of the others to make it clear what Yernar is doing!

After that, Amina wanted some help doing her homework: 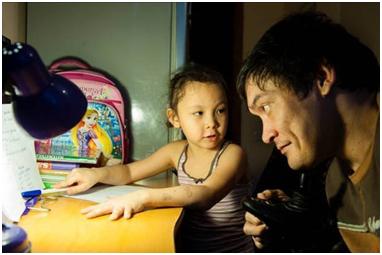 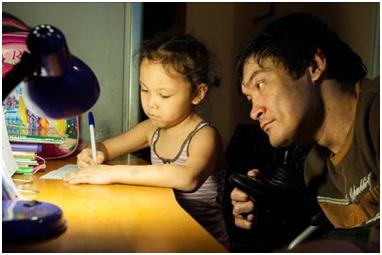 Here I think the second image works best, since it contains enough narrative detail for the viewer to understand what is happening.