A couple of inspirational photographers came to light whilst looking up disabled photographers. The first is Moamen Qreiqea, 25, a photographer who lost both his legs in an Israeli air strike in 2008 while taking pictures east of Gaza. The father of two is determined to continue his career despite his disability. Not only is Qreiqea an inspiration to war correspondents and photographers worldwide, he is also a symbol of Palestinian resistance and a refusal to back down to Israeli violence in the occupied territories.

This online photo essay shows how Qreiqea defiantly continues his work as a freelance photojournalist. Kudos!

Since Palestine has been a zone of conflict for a great many years, it is hardly surprising that there is more than one wheelchair bound photographer (I came across two during a cursory online search, and I assume there must be many more photographers with impairments in Palestine as well as in other conflict zones). Osama Silwadi was in his office in the West Bank city of Ramallah when he heard gunmen outside firing into the air as a show of mourning during a funeral procession. He ran to the window to take pictures and was hit in the stomach by two bullets, one passed right through while the second ruptured his spleen and shattered his spine.

Silwadi has since changed the direction of his career, switching from war correspondent to documenting Palestinian cultural heritage. 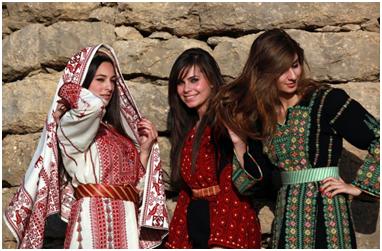 In an online interview with AFP, Silwadi spoke out: “I see the way in which the Palestinian people have had everything stolen for the profit of the Israelis … I thought it was important that the Palestinians protect their heritage by taking pictures of their cultural heritage and speaking about it.” I am also of the opinion that Silwadi can achieve much more for the Palestinian people by documenting heritage that is in danger of being lost than simply adding to the number of images of the Middle East conflict that are already in circulation. Another example of someone who has somehow if not exactly benefitted from, then at least turned their disability to their advantage.