On the topic of disability as social construction, this short video from Turkish social services Engelleri Kaldır Hareketi says it all. We are treated to roles reversed, where able-bodied people are the exception and the world is designed with disabled people in mind. A woman tries to communicate with a bank clerk who only uses sign language; a man loses his footing on a rain soaked ramp since there are no steps; another man has to bend right over to use public phones that are designed to be used by people in wheelchairs, while he is doing so a child points and jeers at him and the mother stops her child being impolite, in another scene all the books in the library are in Braille. 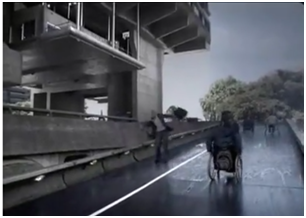 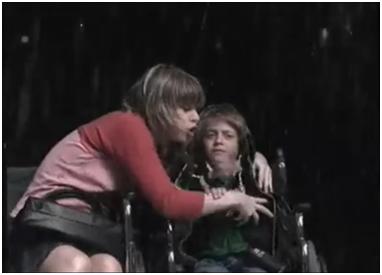 In a little over half a minute the message is clearly conveyed that the world is designed for able-bodied people and this creates obstacles for the disabled members of society.

On the other hand, the use of disability in such ads as the Guinness basketball commercial has sparked controversy over the portrayal of the physically impaired and society. 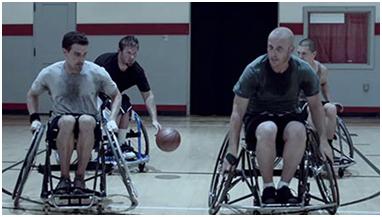 The ad shows a group of men playing wheelchair basketball, and then it transpires that only one of them is actually disabled and they are all shown enjoying a pint of Guinness in the pub after the game. The message would seem to be solidarity, loyalty, true friendship and so on… these guys are putting themselves on the level of the disabled guy so that he is not left out. On the other hand, this is about the able bodied guys, not about the paralytic! The (touching) message here is that either the guys have not deserted their friend who has become disabled, or they have befriended a man in a wheelchair. Either way, the narrator’s message “Dedication, Loyalty, Friendship…The choices we make reveal the true nature of our character” is speaking about the good character of those who have included the disabled person in their group. The disabled person is relegated to the status of community service project! Surely it would have been more acceptable to disabled viewers if the men had simply been shown down the pub enjoying a pint of Guinness together and not making an issue of the impairment or the wheelchair, not having to reduce themselves to his level. But then that commercial would not have had the warm, fuzzy feeling that one generally gets from such portrayals as this, where spending time with a disabled person means you’re a good guy, and non-disabled people get to feel good about themselves.

A much more positive use of disability in mainstream advertising was Nike’s ad featuring UW-Whitewater Wheelchair Basketball Player Matt Scott, who goes through a list of excuses that people regularly make for procrastinating and not engaging in sport or exercise, and then right at the end he says “My feet hurt!” as he slams a basketball down to the floor on either side of him and we see that he is a double amputee. All the excuses he has listed people can relate to, and as such we have already connected with him, but this last phrase tells it like it is: there is no excuse, “Just Do It!” 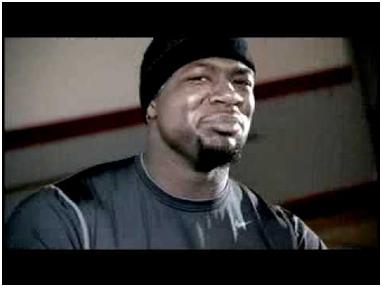 Nike uses disability to make their point without coming across as patronizing. I think that the commercial works to both motivate and engage people with disability and the barriers that both society and people create. The idea that pursuing your goals requires you to overcome these barriers: whether they are created by yourself or by your physical condition.

The Swiss disability rights organisation Pro Infirmis has a couple of spot on videos on YouTube, probably because they get the whole idea of inclusion. For the first video (and the most acclaimed), “Because Who is Perfect? Get Closer“, they took a group of people with different physical impairments and created mannequins to adorn window displays according to their measurements. 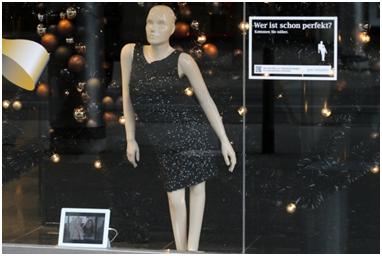 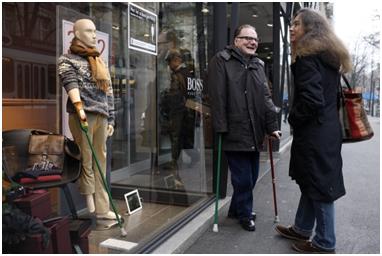 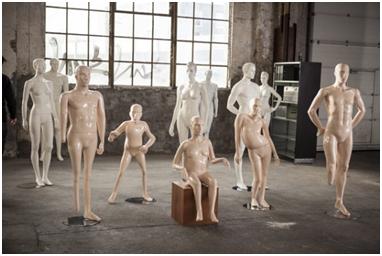 Although the idea is very strong, and the subjects themselves are delighted with the results (this actually surprised me, I was anticipating at least some form of emotional response when they unveiled the mannequins), I’m not entirely sure if the public got it. Some of the shots show people moving quickly away, not really knowing how to deal with the display; others try to emulate the physical twists of the girl who has scoliosis. In a sense, in the same way that Norris’s American Able photographs could be seen to merely reinforce rather than challenge stereotypes, the display on its own was left open to interpretation. It is only through watching this short film that the public can appreciate the concept. Unfortunately, this is the way of the mass-media-controlled consumerist society. Actually, on closer inspection, there is a tablet displayed at the base of each mannequin which evidently depicts the process and therefore the underlying concept of the display. To see this, the public would need to draw closer – and this is actually the slogan of Pro Infirmis, “Get Closer.”

The second Pro Infirmis film that I watched is a day in the life of Gianni Blumer. All through the short film we are treated to Gianni being treated in condescending ways by the public – smiling and saying hello in patronising ways, offering to pay for his coffee, giving him a balloon as a gift… “I’m not a child!” the point is that right at the end we understand that Gianni has Down syndrome and actually he just wants to be treated the same as everyone else. He is not angry at the kindness, but offended at the pity. These films are really professionally put together, and although they are in a similar vein to the kind of work that I want to produce, I think the polished quality is way out of my league! Nevertheless, they have given me some interesting ideas, and there is even a short film online that shows the making of Gianni Blumer.

In a more recent ad campaign, Samsung Turkey made a very (deliberately) touching video where a hearing impaired man is surprised that so many people are suddenly able to sign. Although the ad is designed to be sentimental, the subliminal message is clear that society is guilty of disabling Muharrem, but as the promotional material says, Muharrem only gets one day without barriers:

The ad went viral and reaped 3 bronze awards at the 2015 Cannes Lions, just a few of the many awards Samsung earned that year. Just how many of the actors went on to learn more sign so that they could communicate further with Muharrem or other hearing impaired people is not clear. Nevertheless, the goal of Samsung’s ‘Duyan Eller’ (‘Hearing Hands’) project is inclusive – to remove disabling barriers by setting up a video call centre for the hard of hearing. Interestingly enough, Samsung have also developed an App to assist Alzheimer’s patients called backup memory.