Grigely is discussing how Western culture appropriated artifacts from the colonised world and used them as a basis for justifying the further expansion and suppression of the colonised. Here the colonised, the oppressed, is the disabled body. He uses the example of Saartjie ‘Sarah’ Baartman, the “Hottentot Venus”, who was displayed at the end of the 18th century by various entrepreneurs including doctors and natural scientists, ostensibly interested in anthropology but apparently seeming to focus their attention more on Baartman’s steatopygia and elongated labia (and thus accused of engaging in crude if veiled pornographic manipulation). Although Baartman was not considered to be disabled per se, since I am looking at sideshow ‘enfreakment’ and the general debate about politics of the body, I think her case deserves analysis. 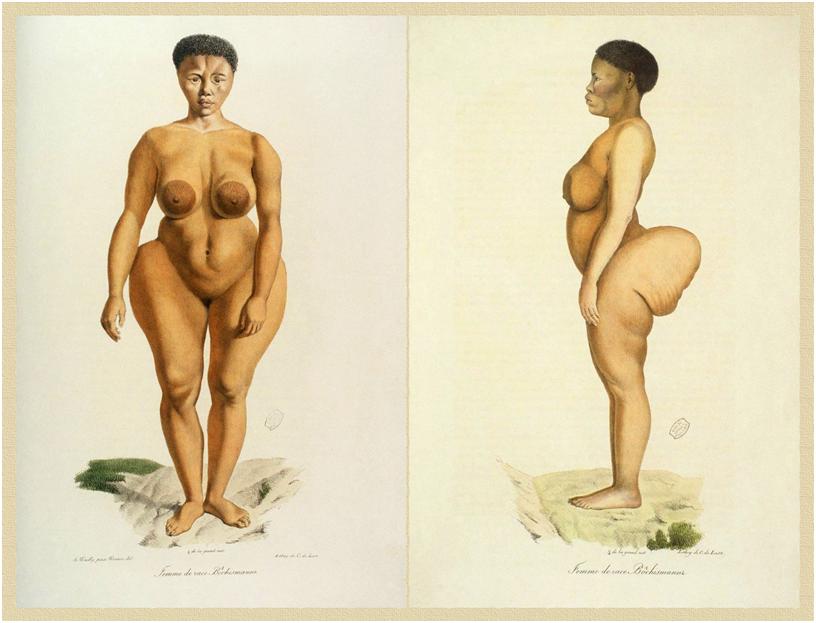 It has been argued that Baartman’s treatment as sideshow freak was typical of the period, but should also be considered in the light of prevailing attitudes of the time, where despite the menageries and human shows, black people had considerable presence in Regency London, working and intermingling freely with the local population (Qureshi 2004, p 239) – a fact that is often overlooked in discussions of Baartman’s case (this does not deny the racist element, but rather puts it into a slightly different perspective). In this sense Baartman’s steatopygia was no different from Daniel Lambert’s unusual weight or the small size of Caroline Crachami, The Sicilian Fairy, both examples of human sideshow exhibits from the same period as Baartman: 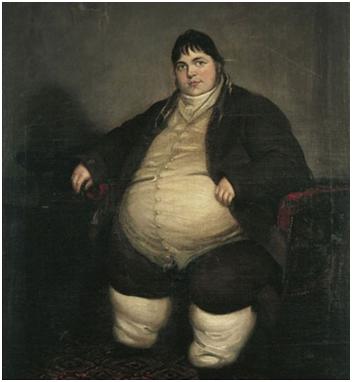 However, as Sander Gilman points out, “When the Victorians saw the female black, they saw her in terms of her buttocks and saw represented by the buttocks all the anomalies of her genitalia” he continues:

“Baartman was exhibited not to show her genitalia but rather to present another anomaly which European audiences … found riveting. This was the steatopygia, or protruding buttocks, the other physical characteristic of the Hottentot female which captured the eye of European travellers” (Gilman 1985b, p 213)

It is reported that for an extra sum audience members could touch her buttocks with a finger or stick. Furthermore, Gilman observes that:

“The figure of Sarah Baartman was reduced to her sexual parts. The audience which had paid to see her buttocks and had fantasized about the uniqueness of her genitalia when she was alive could, after her death and dissection, examine both” (ibid, p 213)

Indeed, Baartman’s body parts were posthumously dissected and preserved and her brains, genitals and skeleton were exhibited until 1974 at the Musée de l’Homme in Paris. Her story is demonstrative of attitudes to women and ‘exotic negroes’ at that time, and the reference Grigely makes here would not be lost on Calle, or anyone else versed in feminist and postcolonial discourse.